Pride Month is over, but our fight for equal rights continues

Whilst the relentless ‘trans rights debate’ has recently exposed frictions within our community, with Stonewall at the centre, the coming generation will most likely be even more gender diverse and plurisexual than the current one. We should welcome that.

Whilst the relentless ‘trans rights debate’ has recently exposed frictions within our community, with Stonewall at its centre, the coming generation will most likely be even more gender diverse and plurisexual than the current one. So, to anyone apprehensive about the direction our community is heading, let us cease the internal quarrels and stand together in the fight for equal rights for everyone in our diverse community.

I had been missing for 36 hours when my parents finally found the note with his phone number as they were rummaging through my room, convinced I had been abducted. His landline phone rang (yes this was, just about, pre-mobiles) and as he handed the phone over to me and said, ‘it’s your mum’, I stared at him in panic realising there was no turning back. I grabbed the phone and told her “mum, I’m gay’. It was 1996, I was 15 and had just made the jump from the heterosexual camp into the homosexual camp, occupied by gay men and lesbian women.

Back then, and for many years to come, those were the options. Life was binary, at least in my world.

Fast forward 10 years, now in my mid-twenties, living my best gay life in London. There was a brief appearance of a bisexual man in my otherwise homogeneously homosexual group of friends. He was soon shot down as 'confused' and 'obviously gay but just wanting to stand out'. “No one is bisexual, it’s just the gateway to gay” I remember one of my friends laughed. Biphobia was rife in the gay community back then, and still is today.

Fast forward to present time, now at the end of my 30’s, interviewing and surveying young pansexual, bisexual, and queer people about their life experiences and identities as the focus of my PhD research project. With a significant number of the participants also identifying as trans or non-binary.

My world is no longer binary.

The way we shape, express, and talk about our sexual and gender identities is evolving at a rapid pace, and I encourage everyone in our community to embrace this evolution and get behind the people that right now most need our support. 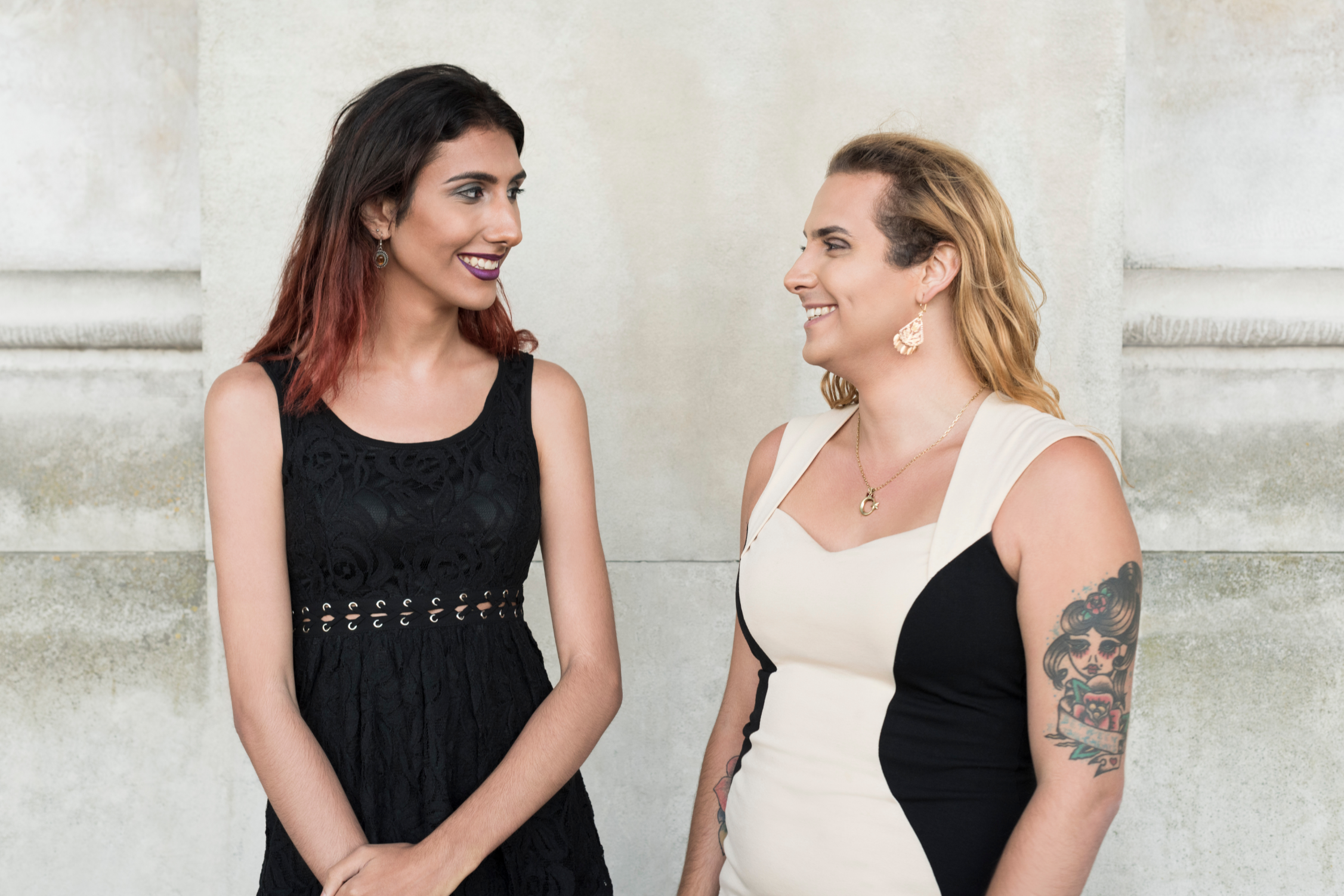 Attacks on the trans community

The attacks on the trans community over the last couple of years have been relentless. Society’s two main powers (government and media) are actively coercing to ignite fear and hatred towards trans folks, in a not too dissimilar fashion to the way they used to attack the gay community. But what is perhaps even more upsetting is how some of these attacks in recent months have come from within our community, with a couple of prominent gay men speaking up against conflating sexual minority rights with gender minority rights.

Leading up to Pride month this year, Matthew Parris and Simon Fanshawe, two of Stonewall’s founding members, argued, in separate newspaper columns, that Stonewall had lost its way since publicly committing to fight for trans rights back in 2014. Matthew Parris claimed that trans people’s fight for acceptance and equal rights in society has got nothing to do with lesbian, gays and bisexual peoples fight for equality. In a twitter thread, Stonewall’s current CEO, Nancy Kelley, respectfully dismissed the notion that the T does not belong with the LGB. I full heartedly agree with Nancy Kelley. Of course it does! It did back at the Stonewall Riot and does arguably even more so today.

Young LGBTQ+ people are rejecting binary notions of both sexuality and gender identity in increasing numbers. That does not mean they are all adopting non-binary identities and are sexually attracted to all genders. What it does mean is that young sexual minority people are 3 times more likely to identify with a plurisexual identity (most commonly bi, pan & queer) than identifying with a monosexual minority identity (gay or lesbian). There is a gender difference; women and non-binary folks are more likely than men to acknowledge attraction to more than one gender. But even amongst sexual minority men, plurisexual identities are sharply on the rise. 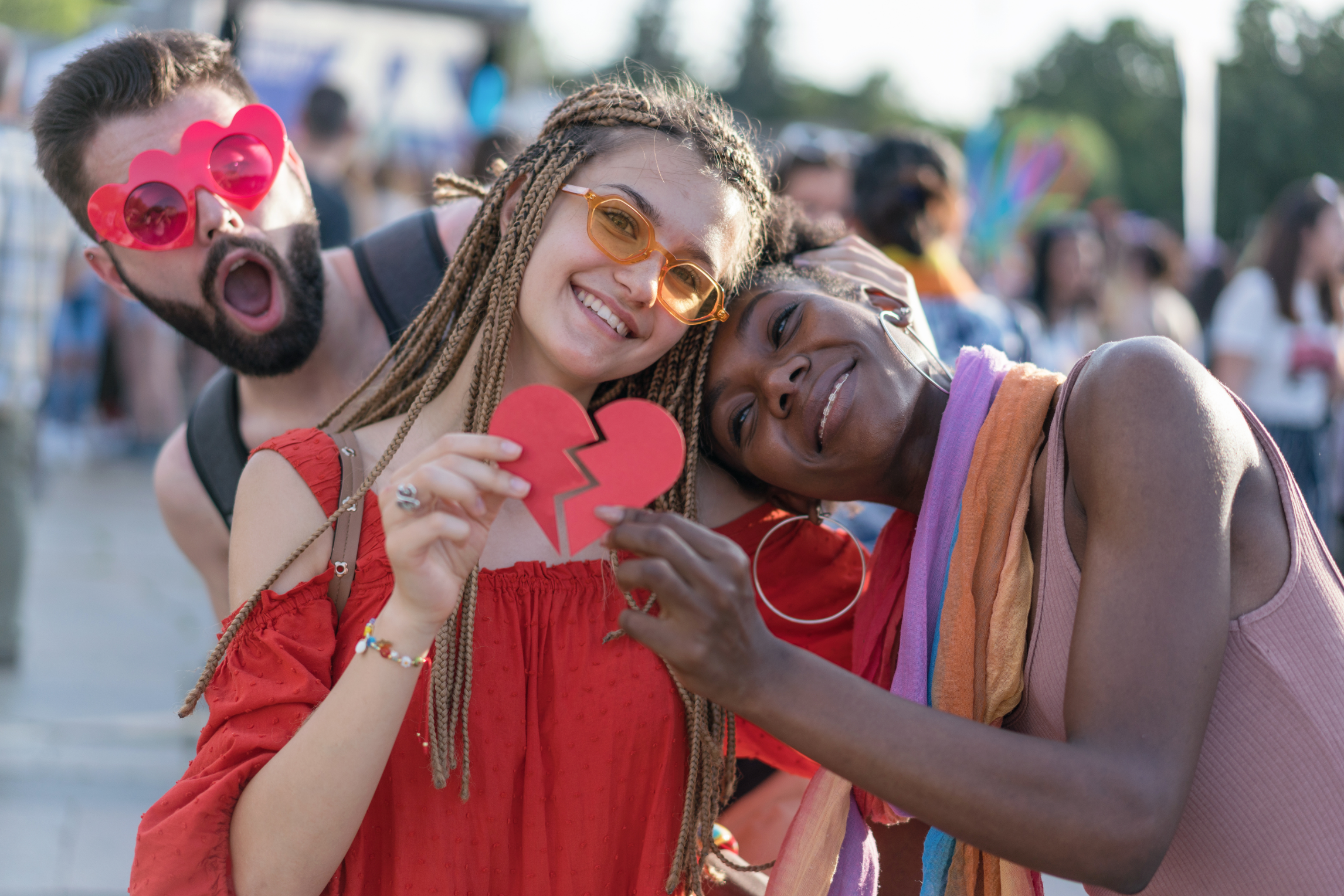 How is this minority sexuality shift from monosexual to plurisexual related to the trans rights movement? Well, it turns out a majority of young trans and non-binary folks identify as bi, pan or queer. In my ongoing PhD online survey with responses from over 600 trans and non-binary people so far, only 2.3% identify as straight and just over 66% as bi, pan, queer, or sexually fluid (full results will be published in 2022). It is perhaps not surprising that people who have come to terms with their own gender not being a fixed set of identity attributes that cannot be challenged or changed would also gravitate towards a similar approach to the gender identity of those they might be sexually and/or emotionally attracted to. Of course, this is not true for all trans folks, some identify as straight, gay, or lesbian, and some are very specific about their gendered attraction.

So trans folks are part of the LGBTQ+ community no matter how you look at it, and gender non-confirmative expressions and behaviour have always been part of our identities. We are a community well-known for challenging and breaking norms, be it about gender roles, gender expression, how we conceive and raise children, or the way we negotiate our relationships. In the past, gay men and lesbian women have often been at the forefront of this fight but over recent years new trailblazers are emerging in our community. They are trans, non-binary, intersex, asexual, polyamorous, pansexual, bisexual, and queer, just to name a few. And they are challenging our preconceived and often binary ideas of gender and sexual identity constructs. Prompting us to appreciate how we are all situated somewhere on a great multidimensional spectrum of gender and sexuality possibilities, regardless of if we identify as straight or LGBTQ+.

Not surprisingly, people identifying outside the binaries are doing worse both in their physical and mental health compared to their gay and lesbian peers, as well as the general population. This is primarily due to the way they are treated, both from within and outside of our community. Biphobia is still rampant on the gay scene, and the despicable treatment of trans and non-binary people in our society at large is leaving many young gender minority people feeling excluded and vilified.

We are a community well-known for challenging and breaking norms

In my interviews with young adults identifying outside the sexual and gender binaries, not feeling accepted and included is a recurrent theme, as one trans and queer identifying participant put it; “trans women are the scapegoats gay people used to be. It used to be that being gay was disgusting, unnatural and immoral. That gay men were dangerous and were going to brainwash kids. That entire reasoning has just been shifted onto trans people”. Another participant, identifying as male and bisexual, talked about what it can be like in predominantly gay spaces; “I just don't think people take you seriously. And that's me saying that as a bisexual man, let alone if I said pansexual I'd be like, well there's no chance they're taking you seriously.”

Being and feeling seen, validated, and included is fundamental to good mental wellbeing. We must continue challenging bi- and transphobia within our community and focus our attention and energy on supporting equal rights, respect, and dignity for everyone identifying as LGBTQ+. Especially for trans, non-binary, bisexual, pansexual, queer, and everyone else who identifies outside the binaries.

Pride month is over, but our fight for equal rights for everyone in our community is most definitely not.