Estrangement in the strangest of times: The impact of family breakdown in the LGBTQ+ community

Family estrangement disproportionatly impact on the LGBTQ+ community, both in terms of complex emotions and practical barriers.

Christmas is approaching, but it's anything but usual. In an unprecedented but admittedly not unexpected turn of events, Downing Street is thrown into multiple scandals, supply chain shortages sweep the nation, and we face yet another festive season with our plans and lives disrupted by the COVID-19 restrictions. People are preparing to spend the winter season, whether celebrating Christmas or not, with their friends and families. For many people however, the holidays will be a difficult time, whether due to separation due to travel restrictions or social isolation. This isolation can be felt particularly profoundly by those who  are experiencing family breakdown or estrangement.

Family estrangement has been described as an epidemic of dysfunction, a threat to the very heart of the nuclear family. It is however, a far more nuanced concept than simple “abandonment” of one's family, instead encompassing a wide range of factors, often accompanied by incredibly strong, complex emotions. The definition of what qualifies ‘estrangement’ varies, from self-identifying as estranged, to loss of contact for a fixed amount of time. It generally stems  from an inherently poor parent-child relationship, the consequences of which can range from reduced levels of psychological wellbeing to experience of stigma [1]. Exact prevalence and demography of estrangement is difficult to estimate, however  research suggests that most  parent-child relationships in adulthood are positively maintained, and only a small minority breakdown.

Within this minority however, many of those who will experience estrangement in their lifetimes are part of the LGBTQ+ community [2]. The sad reality for many LGBTQ+ people still today is that their families are unaccepting of who they are, and who they love, with one survey of LGBTQ+ adults finding that 39% had at one point been rejected by a family member due to their sexual orientation or gender identity [3]. These people are faced with a difficult dilemma, to either repress who they are for the sake of family unity, or to remove themselves from their family for the sake of their own liberty and happiness. Each option brings its own difficulties. For those who choose to create emotional or physical distance with a parent, the emotional consequences can be difficult. Estranged adults commonly report feelings of guilt, sadness, grief, and shame, and the process of separation can be traumatic [4]. These feelings are often even more complex for those who are also battling with the discovery of their own identity, and fear of stigma for their sexual or gender identity. 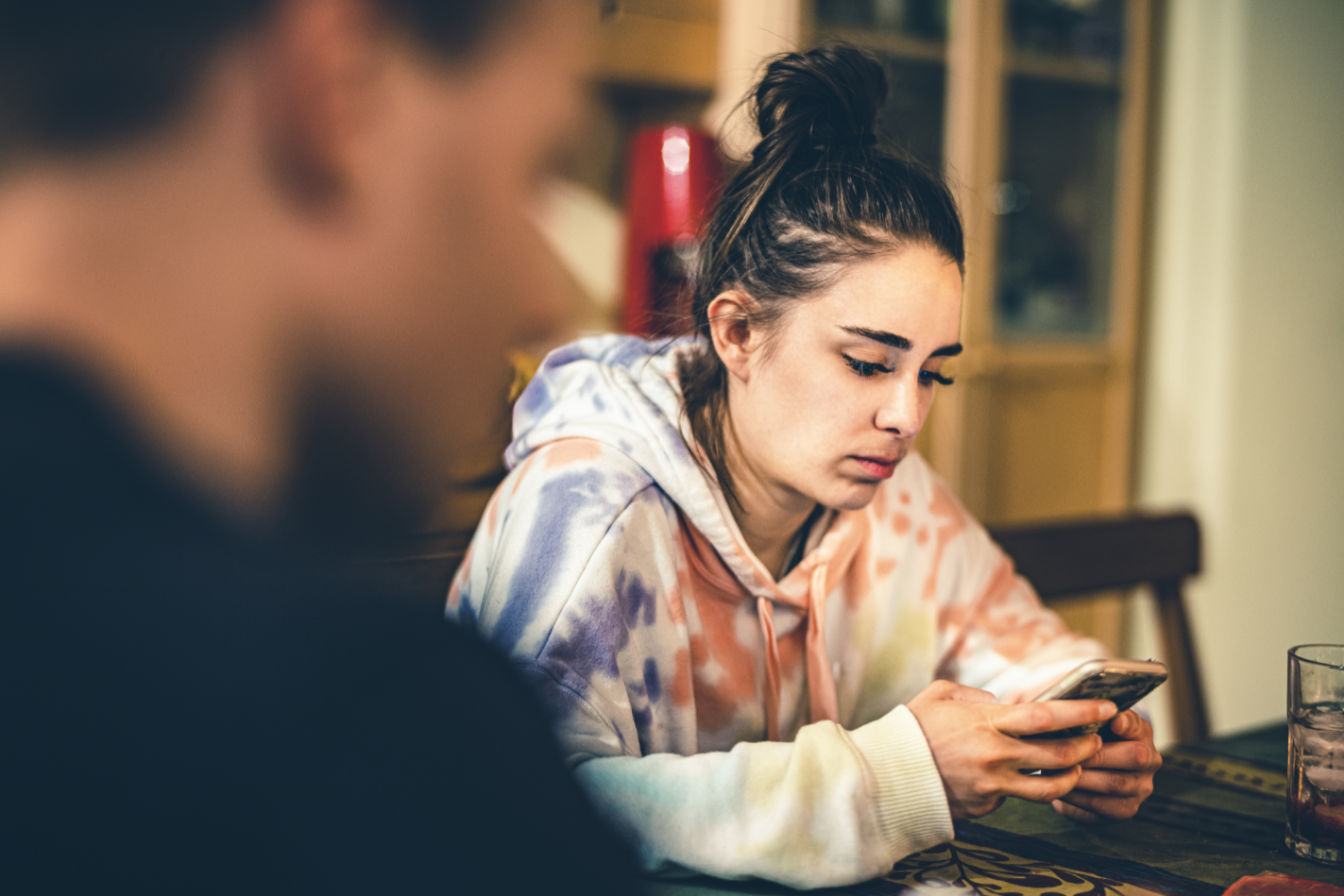 The parent-child relationship does not exist on its own however, but often lies at the centre of the entire connected family network [5]. An unfortunately common occurrence within LGBTQ+ estrangement is the concept of “inherited” estrangement, the process by which individuals may become estranged from siblings, extended family, and future generations as a result of the original parent-child estrangement [6]. Loss of parent-child relationship is therefore in many cases coupled with the loss of the “built-in” emotional support network we so commonly associate with extended families [7]. Of course for many, family is not their primary source of emotional connection and support. However, this does not negate the fact that many estranged adults have to undergo the emotional labour of finding and maintaining a support network. For some, this will be made even more arduous by the need to leave existing communities or geographical locations in order to protect themselves from domestic abuse due to their sexuality or gender identity.

Whilst the emotional impacts of estrangement are often significant, there are also a number of practical difficulties that sexual and gender minority people face as a result of becoming estranged. For minors, they may be placed into care or the foster system, a notoriously neglected system in which many children are still exposed to abuse and hardship. For those above the age of 18, the situation is not always easier. There are several shelters and charities that are set up to directly cater for victims of abuse and violence in the home. Whilst these shelters undoubtedly do incredible work, they also tend to be highly gendered, i.e. having separate women’s and men’s shelters. For gender non-conforming people this can be extremely difficult, as in either category they will be perceived by some to either be a risk to others, or themselves be at risk. As a result, many gender non-conforming and trans people will slip through the net, without the resources in place to support them. Other sanctuary that we may consider commonplace includes council run accommodations or religious institutions. Unfortunately after 10 years of austerity, the former are limited, and the latter by simply being a religious institution can be a barrier for some LGBTQ+ people. These practical barriers to help go hand in hand with other difficulties faced by other demographics within the estranged communities. For students for example, there are significant barriers to accessing the correct student finance as an estranged individual [8]. Due to society's expectation that people are cared for by, and care for their, families there are large gaps within supportive infrastructure for those who do not fulfil these expectations.

Grief is not indicative of regret or even a desire for reconciliation. It can simply be the mourning of a relationship once held and now lost, or the yearning for a relationship that never was.

These gaps can be truly devastating to those who experience estrangement, both LGBTQ+ and otherwise, but there are steps that can be taken to ease the difficulty. Firstly, for the sake of both social and practical progress, as a society we need to change the way we view estrangement. Its inherently negative perception is predominantly due to the rhetoric about the definitions of “the family”.

The most functional form of “the family” is a binary concept, still centred around the nuclear family and the expectations of unconditional love between parent and child. Estrangement therefore is represented as a dysfunction, as it does not fulfil these values. More recently however, the concept of being “functionally estranged” has been introduced [9]. Not only does this challenge the idea that familial estrangement is something that needs to be “fixed” but also corresponds much more effectively with the lived experiences of estranged individuals. Functional estrangement presents the idea that estrangement can be a positive, empowered result of someone stepping away from an environment that is not good for them, or setting boundaries in order to benefit their wellbeing. A furthering of this idea is accepting that reconciliation is not always the goal of interventions in estrangement. Though estrangement is often accompanied by significant grief, grief is not indicative of regret or even a desire for  reconciliation. It can simply be the mourning of a relationship once held and now lost, or the yearning for a relationship that never was. Fundamentally, LGBTQ+ people have every right to live their lives authentically for themselves, and should not be pressured to reconcile with families who do not recognise that right simply for the sake of social normality.

A number of UK charities support estranged LGBTQ+ people. Stand Alone is a charity that caters to all estranged people, including the LGBTQ+ community. The charity aims to prevent estranged individuals from becoming vulnerable through focused research, support focus groups and support for students. They also produce a number of resources including their festive guide which suggests alternative methods of celebrating the holidays for those who are estranged. Akt (previously The Albert Kennedy Trust) focuses on tackling youth homelessness in the LGBTQ+ community. Almost a quarter of homeless young people identify as LGBTQ+, 77% of which believe coming out to their parents was the main contributing factor to their homelessness. These shocking statistics demonstrate how significant of an issue lack of acceptance can cause for LGBTQ+ youth. This is not a simple disagreement of views, but places generations of queer youth in vulnerable positions. As akt's own Assistant Director of Services, Haley Speed, puts it, "At akt, housing is our primary focus of support, but mental health is the second largest identified need and estrangement plays a huge part in people mental health and emotional wellbeing needs. That is why for many young people it is particular important that we are a specific LGBTQ+ service were someone's identity is celebrated and understood."

Akt provides help and resources for those between the ages of 16-25 who are in hostile or abusive home situations, or facing homelessness, providing a strong voice in the face of bleakness that you are not alone, someone is there to help. As Haley also makes clear, akt's support does not wane across the festive period, "This time of year is often hard for the young people we support and our staff team particularly those with intersectional identities, at akt we create activities and experience that are positive and fun all year but particular at this time, whilst ensuring we provide resources and practical support for young people to get any additional help they need". 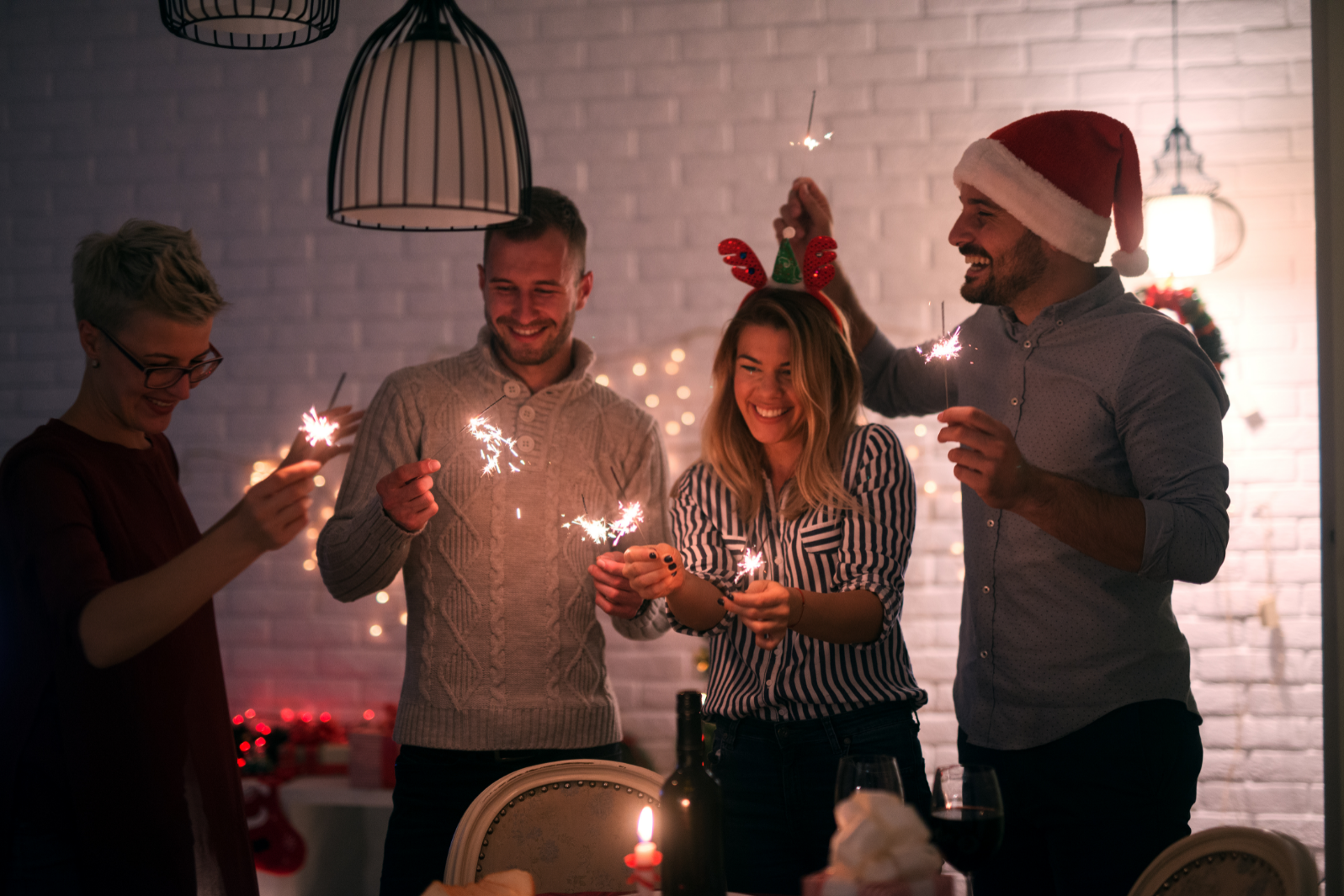 These charities fulfil an important role in providing both awareness and crucial services to fill the gaps left by state infrastructure. Without these organisations, the LGBTQ+ community would suffer even more greatly from the systemic negligence it faces. For a community so disproportionately impacted by estrangement, it is more important than ever to ensure that appropriate support is in place.

As we are in the holiday season, I am concluding this article with a few key messages. Firstly to anyone for whom the holidays are a difficult time, know that you are not alone, and you never will be. Please reach out to the organisations mentioned, your local councils or institutions, or even to friends or groups you are a part of on social media. There are people out there ready to listen, and there are safe places for you. Secondly, prioritise yourself and your happiness, it is the greatest gift you can ever give yourself. Finally, for everyone during the Christmas period, spread warmth and love in everything you do, hold space for those who find this time of year hard, and advocate for a world where no one will be left out in the cold ever again.