Abandoned at the Crossroads: Intersectionality in LBQ+ women's mental health

Mental health problems occur at a higher frequency among the LGBTQ+ community than among the general population, including in the population of lesbian, bisexual and queer (LBQ+) women. Across a range of surveys and studies, a number of patterns have been identified. The first of these is a worryingly high level of depression, estimated in one study to be three times higher than that of heterosexual women and twice that of gay men¹ There are also noted increased rates of disordered eating and substance abuse among LBQ+ women as compared to either the rest of the LGBTQ+ community² or the general population. In order to effectively and sensitively address these issues, it is important to consider the stressors that exist for the LBQ+ community specifically and how they impact mental wellbeing.

The minority stress framework is one that is frequently used to demonstrate how being a minority, in this case a sexual minority, can generate stress which in turn can cause challenges for mental health³. I do wish to note however, in this discussion regarding the link between sexual orientation and mental health that in no manner should it be implied that the former is responsible for the latter. There are instead a number of factors including stigmatisation, discrimination and victimisation that interact with both each other and the mental state of an individual to produce an outcome. 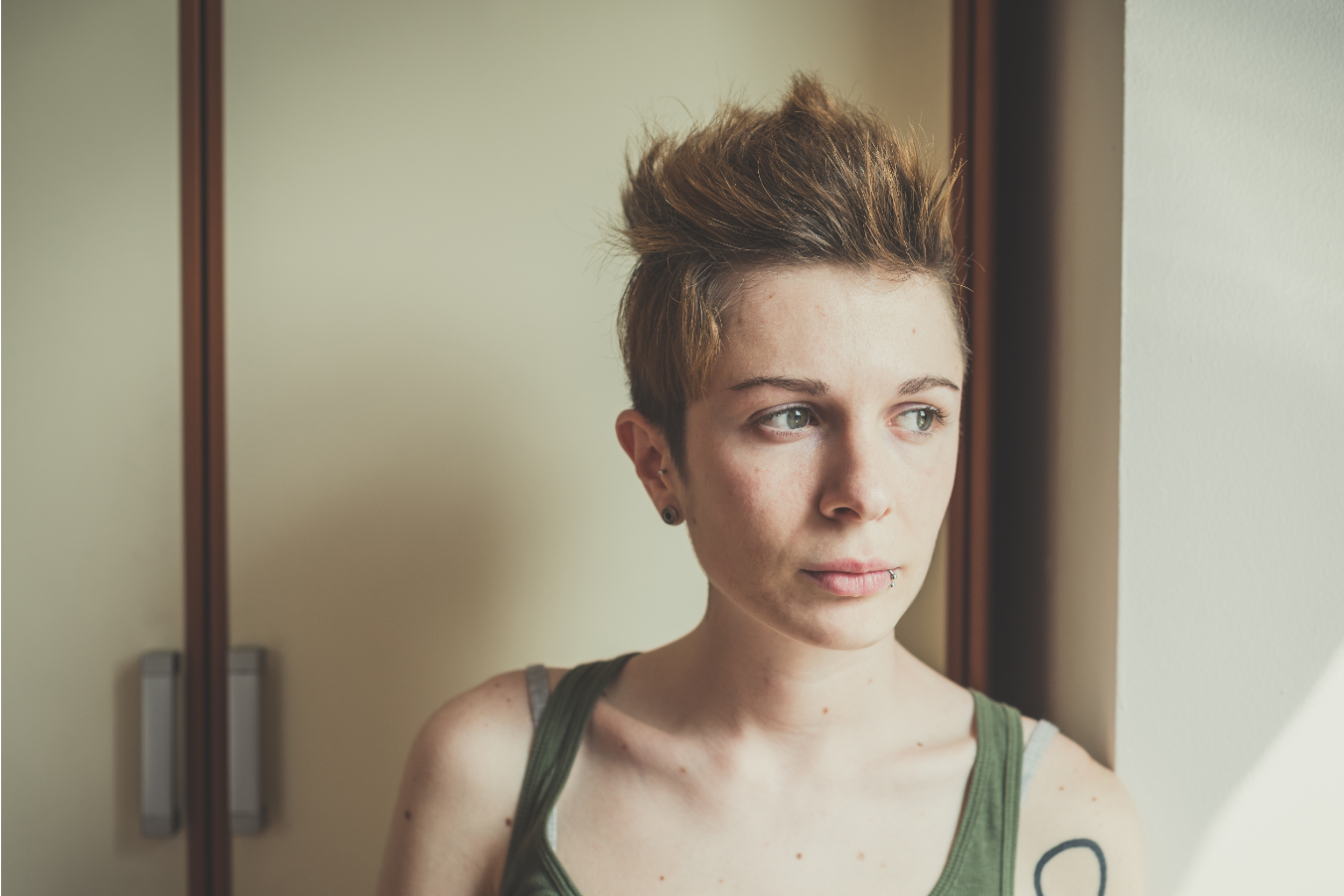 It should come as little surprise that just as with the LGBTQ+ community as a whole, sadly many LBQ+ women face a shocking amount of stigmatisation. In a large scale survey⁴ of LBQ+ individuals in the United States, it was shown that LBQ+ women felt aware of higher levels of community prejudice than GBQ+ men or heterosexual individuals. This means that these women were more likely to report their environment being an unsafe place to live for racial minorities, sexual minorities,transgender people and immigrants. A major proportion of this same sample (75%) also reported experiencing at least one event of “everyday” discrimination in the last year, far higher than reported by GBQ+ men or heterosexual people. Whilst “everyday” discrimination denotes events that could be described as “unfair but routine”, it for many LBQ+ individuals exists alongside acts of victimisation, i.e. events of active abuse as a reaction to an individuals identity. A significant proportion of these LBQ+ women reported having experienced physical and/or sexual abuse, which unsurprisingly can have drastically harmful effects on a person’s mental health, causing feelings of fear and shame⁵. Something that is important to consider with both discrimination and victimisation is the reported perception of why the events occurred. Whilst the majority of the sample reported multiple reasons for why they felt they faced discrimination, the most common stand alone reason was not because of their sexual orientation, but because they were a woman⁶.

This highlights the intersectional nature of this community. Not only do LBQ+ women exist as sexual minorities in a heteronormative world, but they simultaneously exist as women in a patriarchal one. The two features are of course linked, as the patriarchy enforces heteronormativity, but it just emphasises the importance of considering all aspects of an individual's identity as context for their mental wellbeing. The LBQ+ community occupies its own unique space with regard to the social prejudice it faces. From increased perception of community prejudice, to very high levels of day to day discrimination and frequent experiences of violence, some of these experiences may overlap with GBQ+ men for example, whilst others may be shared with heterosexual women. For racial and gender minorities, such stigma is only multiplied and therefore intensified. This all unfortunately occurs alongside the fact that mental health issues themselves are stigmatised⁷. This is something that has the potential to create a metaphorical roadblock whereby an individual does not feel able to seek mental health help due to fear of stigma despite having mental health problems that themselves were contributed to by experiences of stigma. These women are caught between a rock and a hard place, a situation with no winners.

Not only do LBQ+ women exist as sexual minorities in a heteronormative world, but they simultaneously exist as women in a patriarchal one.

That said, women who are open and “out” with their sexuality experience elevated mental health as compared to those who are not⁸. Being visible in society as a LBQ+ woman allows for the meeting and formation of relationships, both platonic and romantic, with other LBQ+ individuals. Surrounding yourself with a supportive community of people who genuinely understand your lived experiences is a fantastic way of promoting self acceptance and is shown to boost general wellbeing. That said, with increased openness comes increased vulnerability to the forementioned discrimination and victimisation. The decision is therefore a difficult and personal one, a choice of continuing to hide one's identity and potentially suffer with isolation or to come out and risk the prejudice of others. 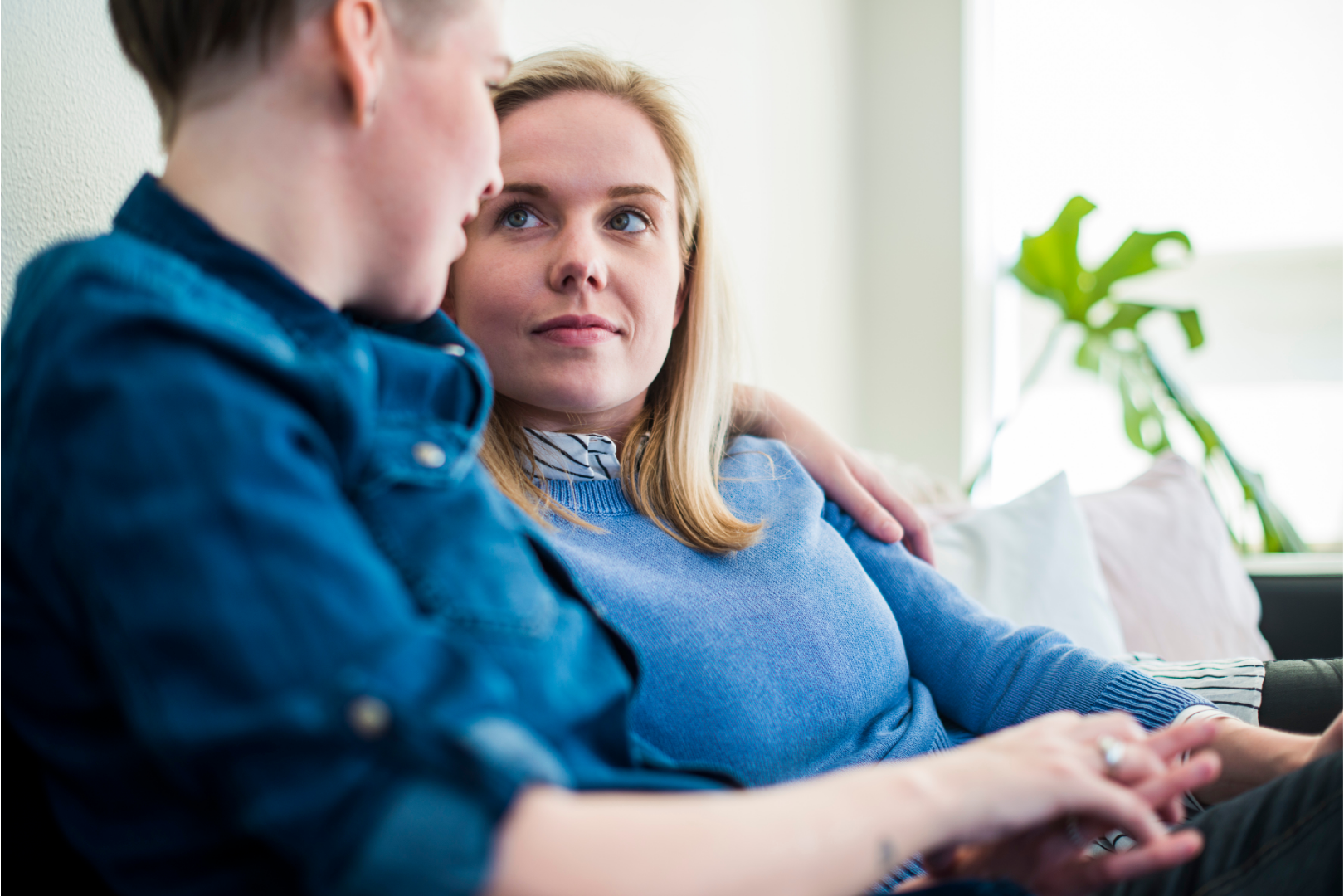 The LBQ+ female community therefore faces a number of challenges, from their very existence being stigmatised, to experiences of discrimination as both sexual minorities and women, alongside the personal challenge of disclosure. But, there are things that we can all do to help. The first is to consider the variation that exists within the LBQ+ community itself. Plurisexual people, including women who identify as bisexual, pansexual or queer, display poorer mental health than those who are monosexual such as lesbian women⁹. For example bisexual women are far less likely to be out to their family and peers, and report higher levels of inter-community stigmatisation. This serves as an important reminder that there is no effective blanket approach for any group of people including the LBQ+ community. While it is important to recognise that being a sexual minority is an important form of context for mental wellbeing, it is paramount that this does not overrule a person's entire identity, and unique experiences and emotions continue to be taken into account.

With that taken into consideration, there are also a number of goals towards which the healthcare and education sectors, and society in general, can strive towards to help improve mental health in the LBQ+ community. Within healthcare settings, being LGBTQ+ remains inherently pathologised, a relic of the discrimination of the past when being gay was itself considered a psychiatric diagnosis. For example, many bisexual individuals continue to report stigmatisation for perceived sexual promiscuity¹⁰. Again, this acts to multiply the stigmatisation acting on an already heavily stigmatised group, so the existence of explicitly LBQ+ female orientated counselling and psychiatric services becomes ever more crucial.

When it comes to education, we know that sexual minority women experience more stress as teenagers, as compared with their peers, particularly with regards to social exclusion and self identity. Support within this period of life is therefore very important, whether it be in the form of specific training for educational staff or LGBTQ+ inclusive curriculums, as some schools have started to adopt across the UK. In terms of more general support, increased support from family and friends can mediate the effects of victimisation and discrimination, and can also encourage openess and self acceptance, thus increasing wellbeing and access to counselling care¹¹. Such support can manifest in a number of forms, including educating family members about the pressures that LBQ+ women face, as well as actively advocating for LGBTQ+ friendly mental health support spaces. LBQ+ women represent a cross road that is damned by society, fulfilling neither the expectations of heteronormativity nor the patriarchy. It is this intersectional identity that forms the niche of the LBQ+ community and brings with it a number of significant obstacles. With the appropriate reform and increased societal understanding however, LBQ+ women can experience the support and mental well-being that is deserved.